“Positioning simplified. The fast track to positioning success” is a three-part series intended to improve your positioning skills especially when you have competing priorities and little time to do it.

The first webcast covers four tools that will help you achieve positioning success fast. The second webcast focuses on the research you can do when you have more time for a positioning project. How to differentiate is covered in useful detail as well as other tools that you can add to your tool kit depending on your situation. The last webcast introduces tools that give you confidence your message strategy will resonate with your target audience. You’ll see how several B2B companies claim a position in their market by taking advantage of the power of consistency and repetition.

Learning objectives of the three-part series include: ~ Clarify what positioning is and is not ~ How positioning is so important for better results ~ Keys to positioning for speed and success ~ How to be confident your position resonates with buyers ~ Proven approach to improving your position in your market 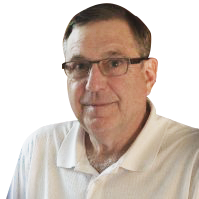 Lawson Abinanti is the co-founder of Messages that Matter and has more than 25 years of experience in B2B software and technology.

Lawson is a journalist by trade and has adopted an evidenced-based, results-oriented approach to positioning. He has taught the building blocks of positioning to more than 1,000 product management and product marketing professionals throughout the world. He has consulted with startups, early stage and mature B2B software companies including Solid State Networks, SmartOrg, CSC (Computer Science Corporation), ADP Canada, FRx Software, Epicor, MapInfo (now owned by Pitney Bowes) and RightNow (now owed by Oracle).

His simplified practical approach to positioning established a foundation for success when he was responsible for marketing companies such as TM1 Software (now owned by IBM) and Navision (now owned by Microsoft; i.e. Dynamics NAV).

Lawson co-founded Messages that Matter in 2001.

Reserve your seat before space runs out